I've been building PC's since back in the late 90's really. As a kid I was really intrigued with computers so, my father purchased for me my first "gaming" rig (wasn't really a gaming rig but I could play games on it). The tech built in in front of me and I was just fascinated with the process of building and the installation of the OS. From there, I began to mess with that PC taking it apart, upgrading and just overall understanding what makes it tick.

My first PC was a Pentium Overdrive 486 which had like 83MHz or something with barely any RAM... and HDD was like 1GB? I mainly played Quake 2 on it which began my FPS addiction. Then, the PC built for me was a Pentium 3 1GHz with like 512MB of RAM... a Voodoo video card (can't recall the model) and HDD was like about 128 or 256GB.

Various AMD Athlon XP's later where I grasped the exploration of building machines I stuck with intel afterwards and went with a Alienware 17" (almost 10LBS) laptop... really, it became a could be mobile Desktop, I barely moved it. After it died of overheating issues (First SLI laptop ever created)

Now, I built other machines which I barely recall but the actual gaming rigs began somewhere in 2011... Specs were as follows (I recently gave this machine to a co-worker who plays other games far less demanding... XP/Vista/7 type of games).; 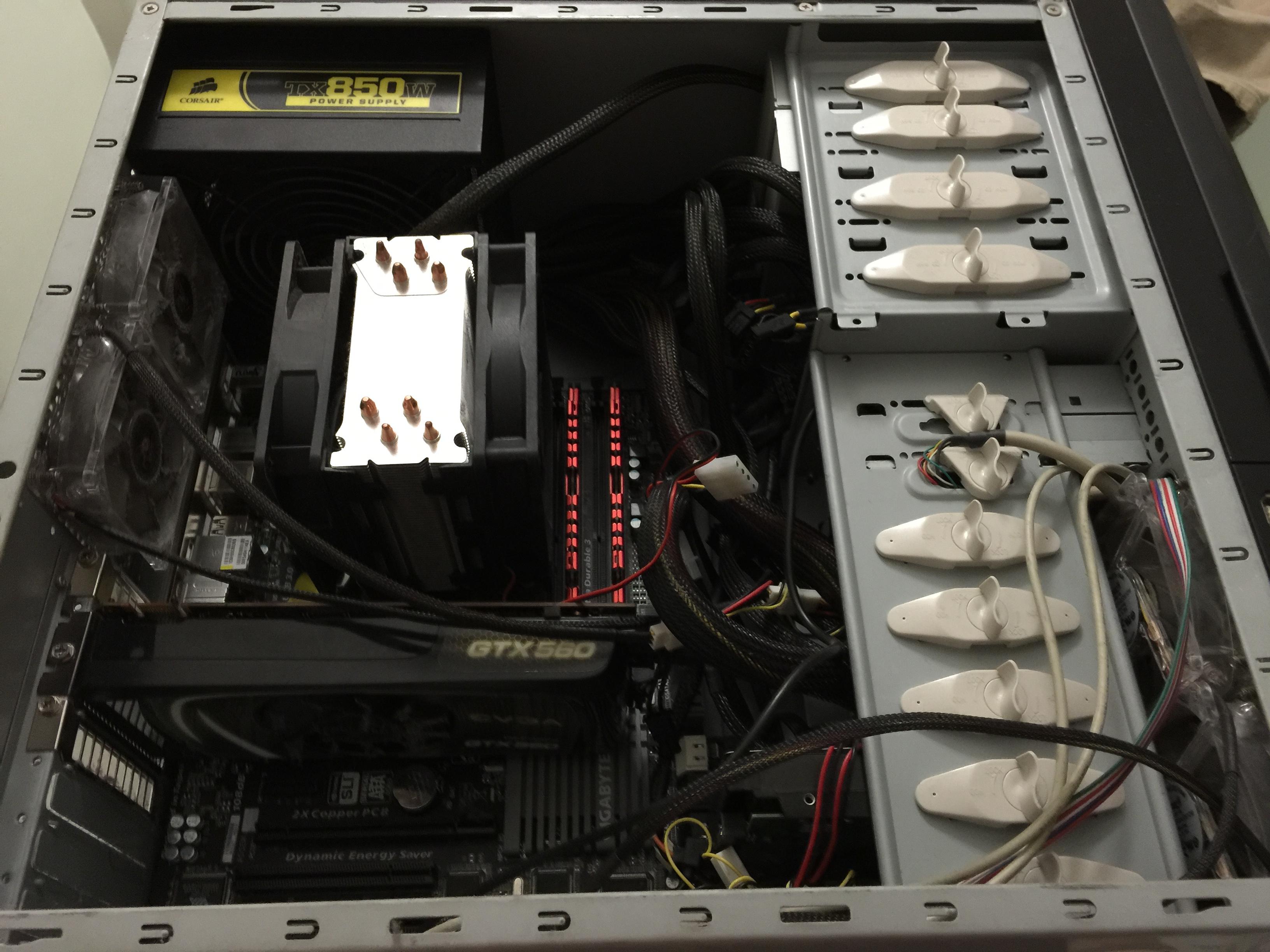 It was a dust factory... crapped and the case I used had very little ability for cable management.
Then, in 2015 I ordered a 32GB set of G. Skill X Series RAM @ 2133MHz a bunch of green LED fans for the new Corsair Obsidian 750D case... waaaay more room and cable management system. Also a new watercooler from Corsiar, Hydro H100i Extreme. 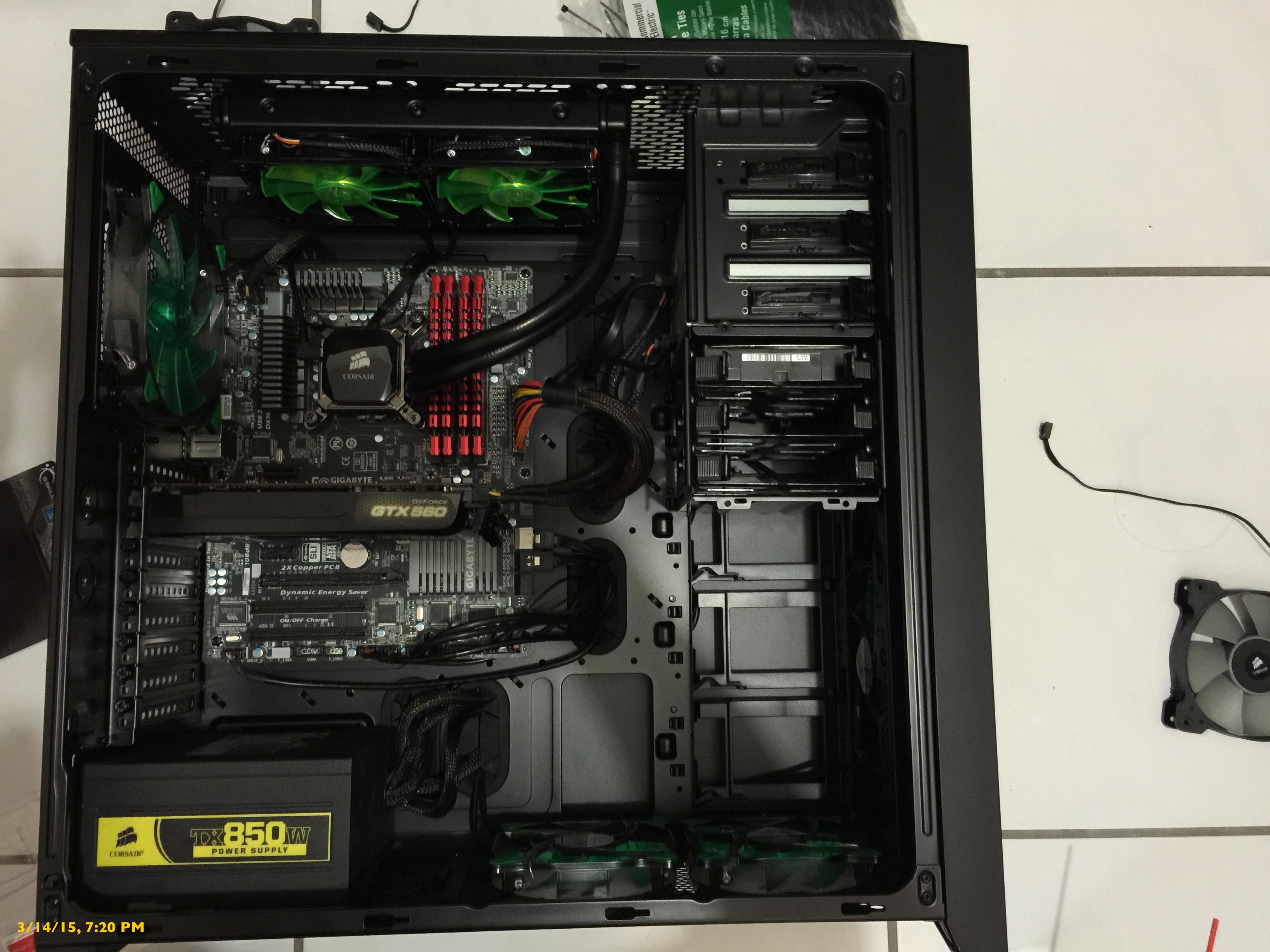 Where everything was hidden. 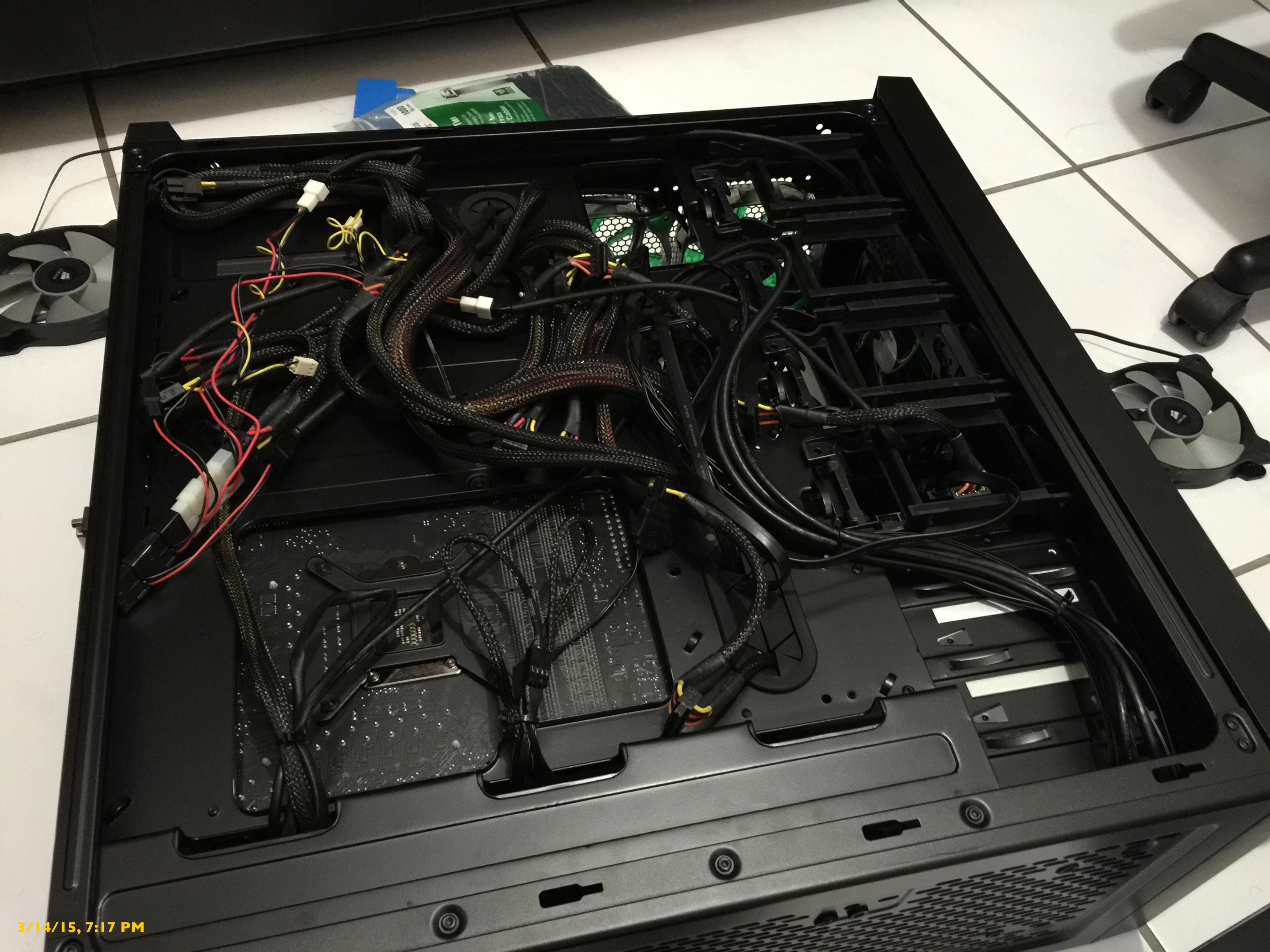 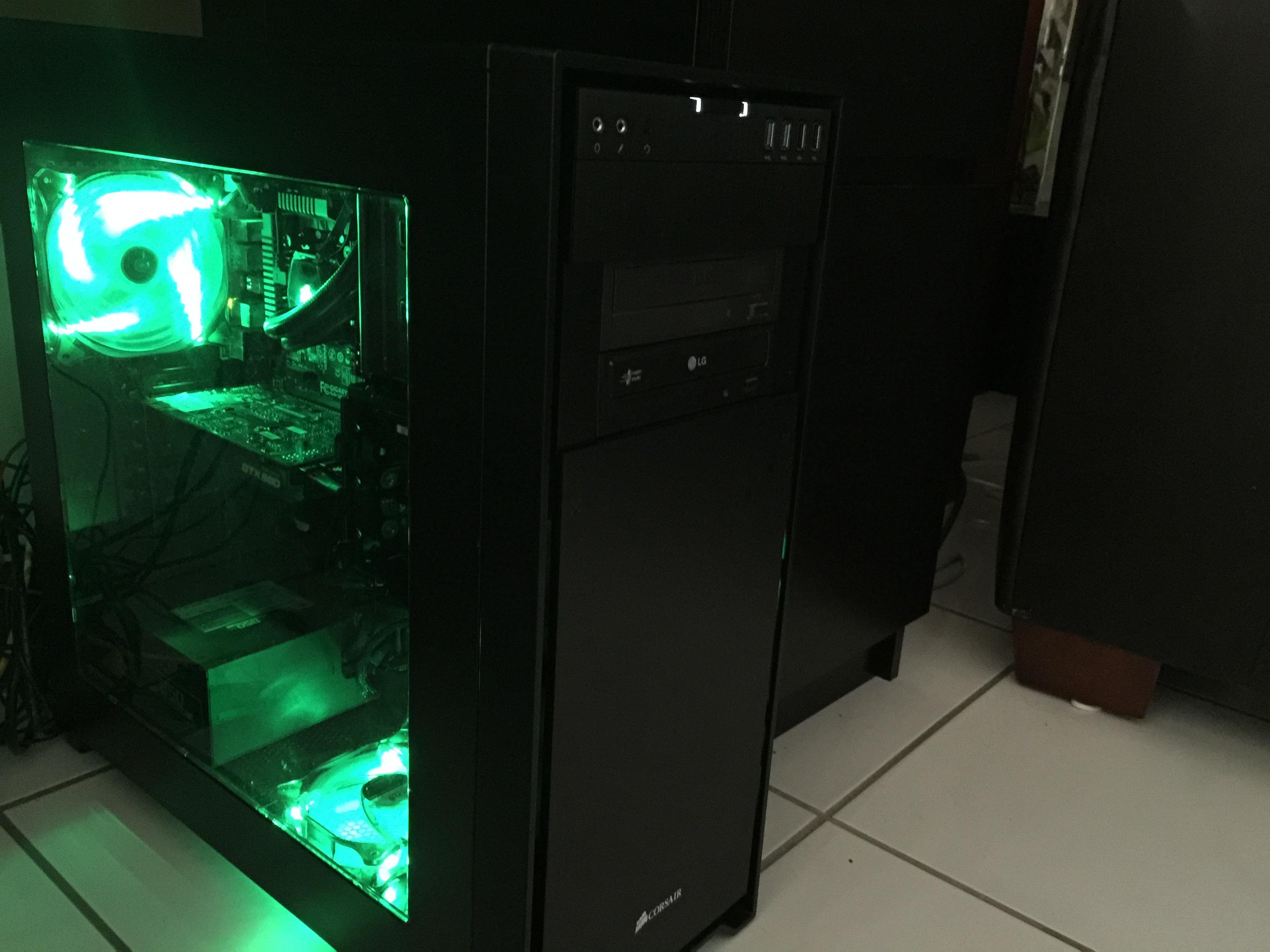 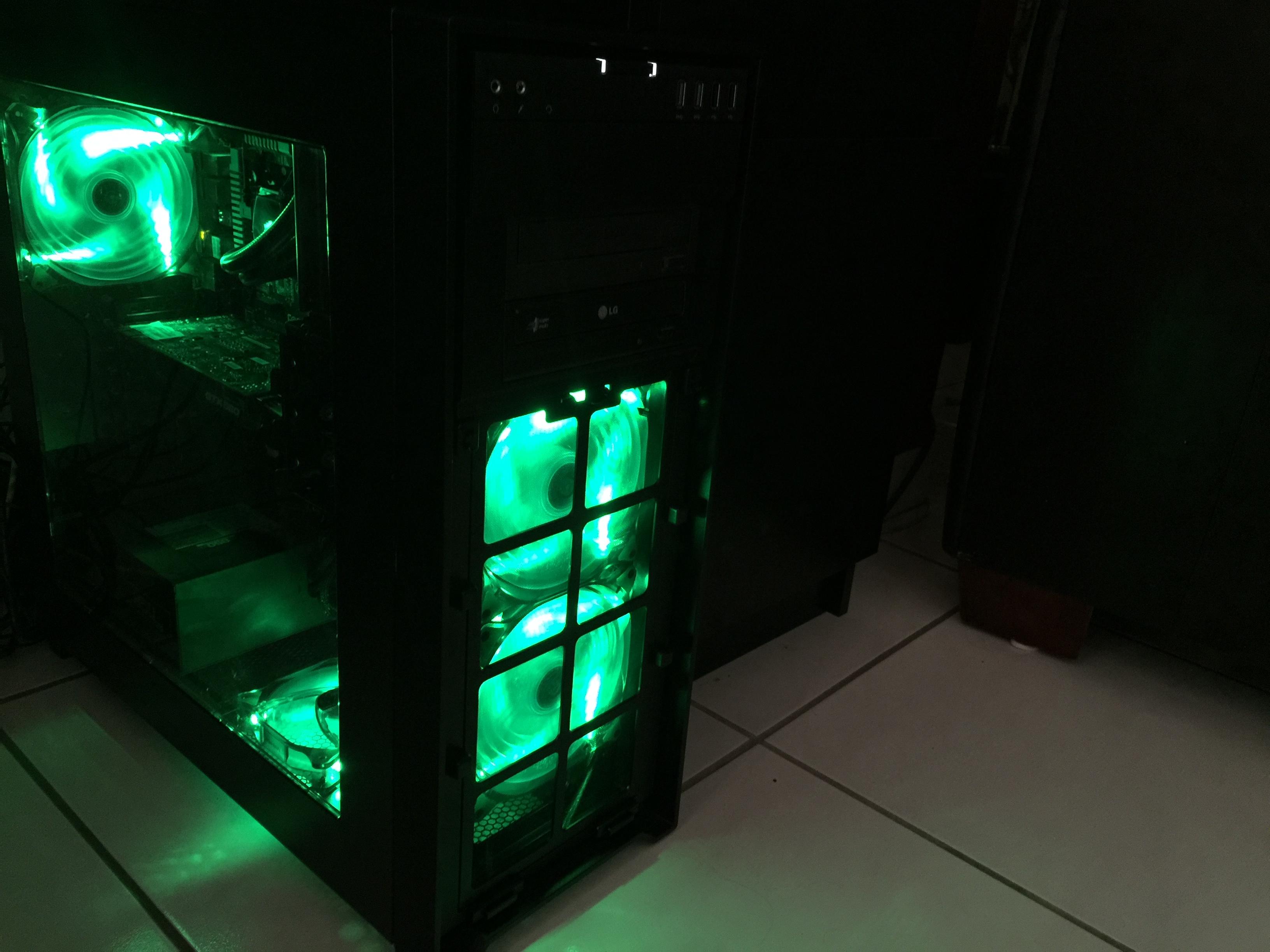 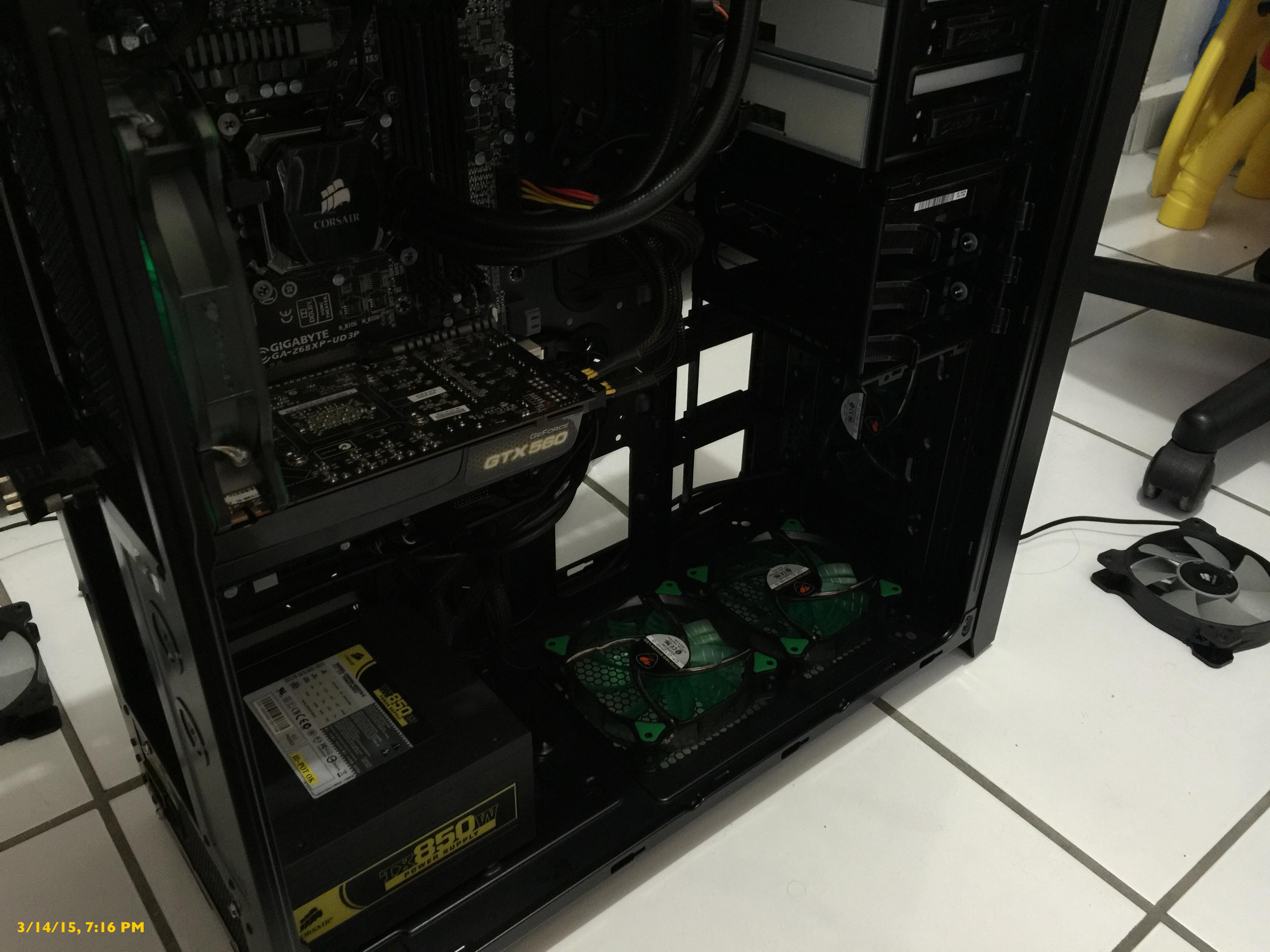 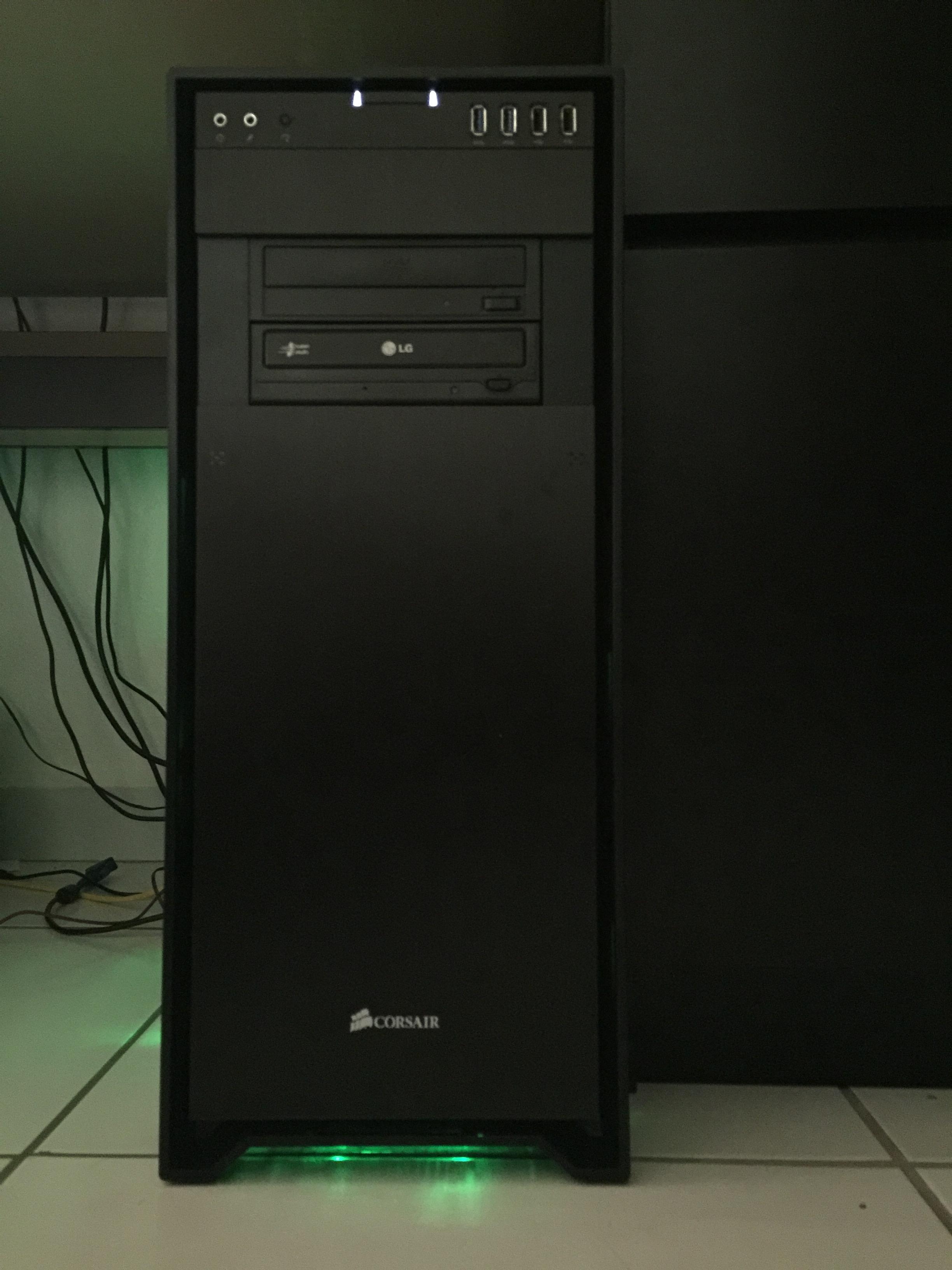 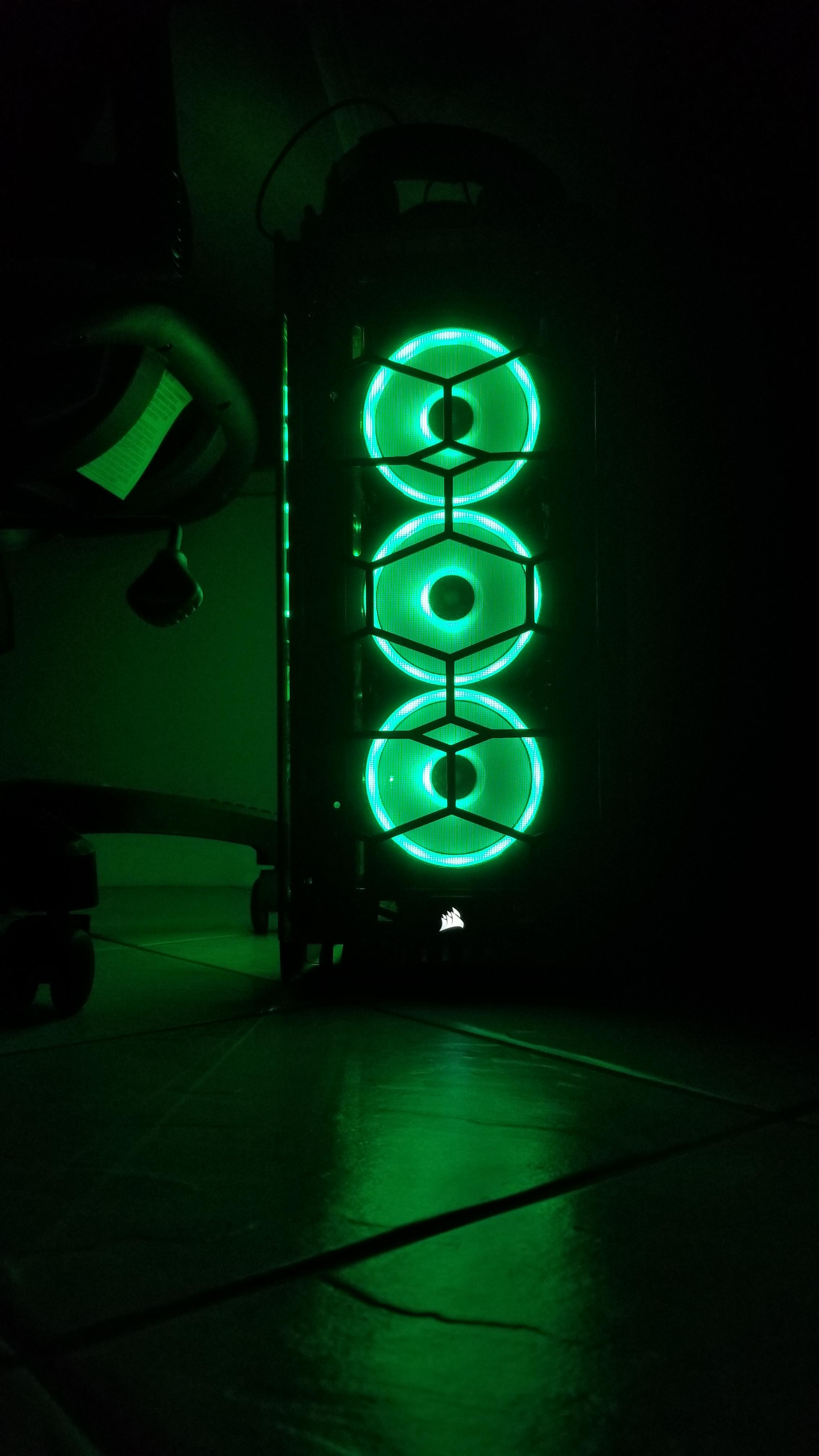 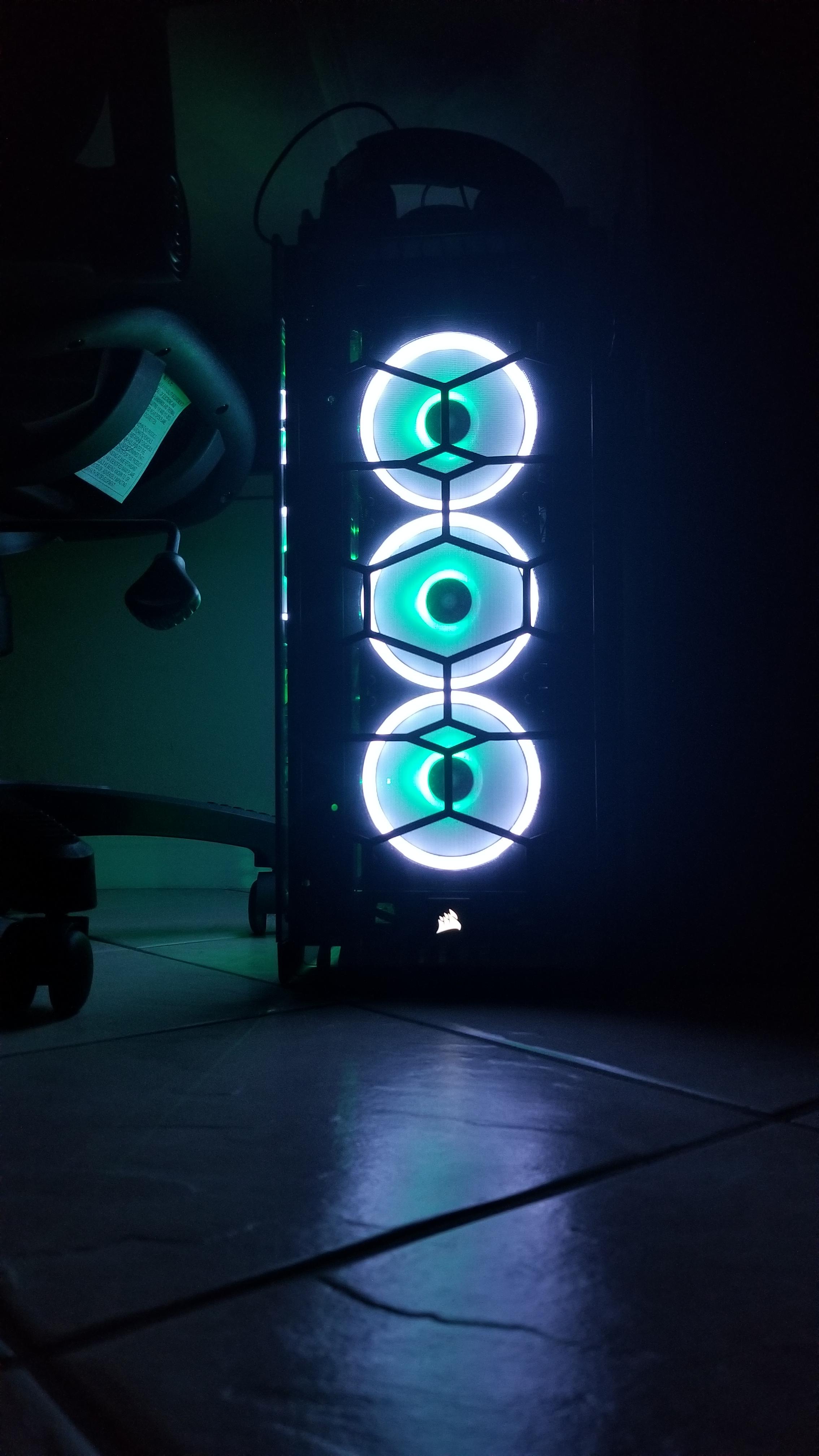 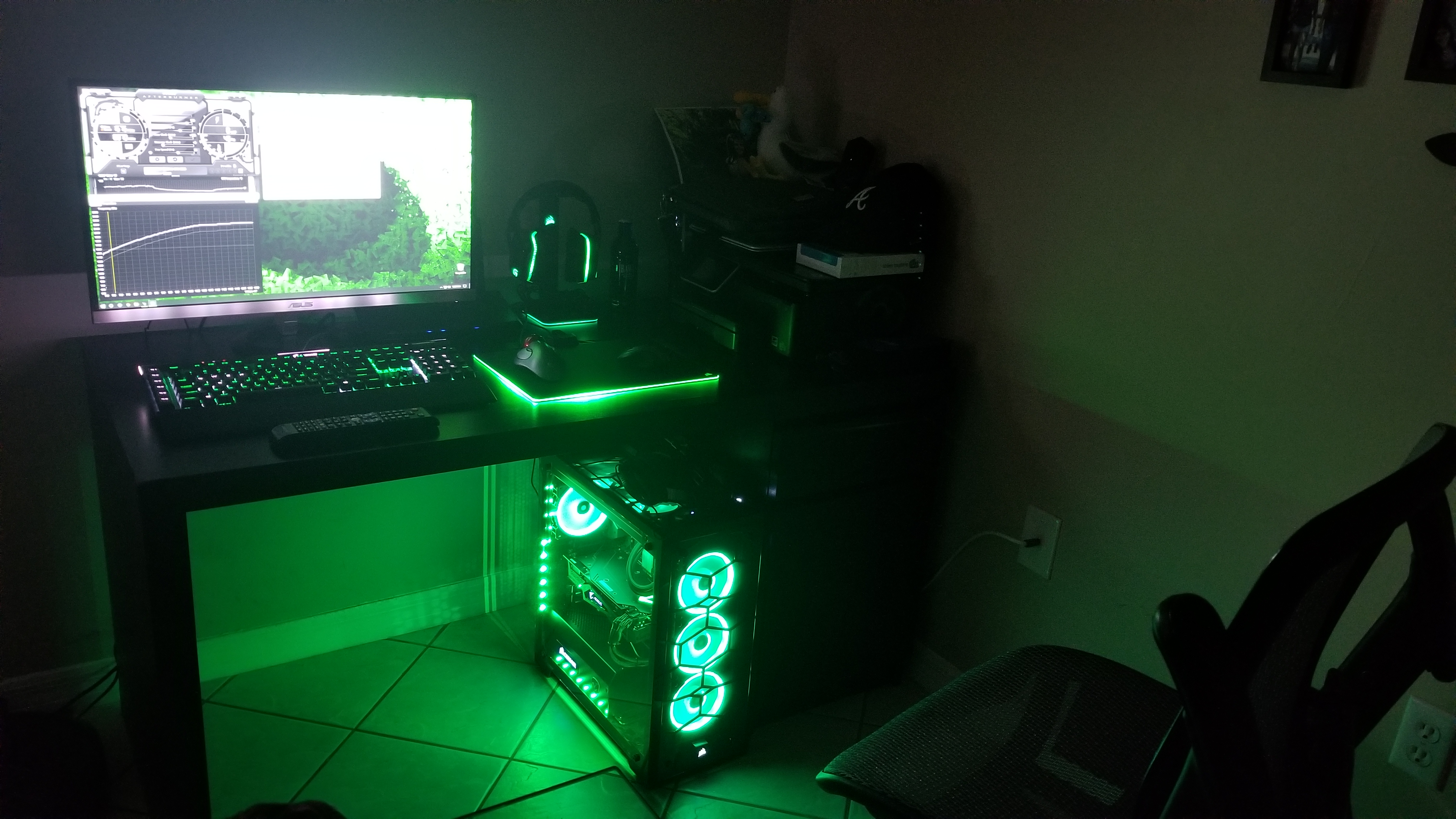 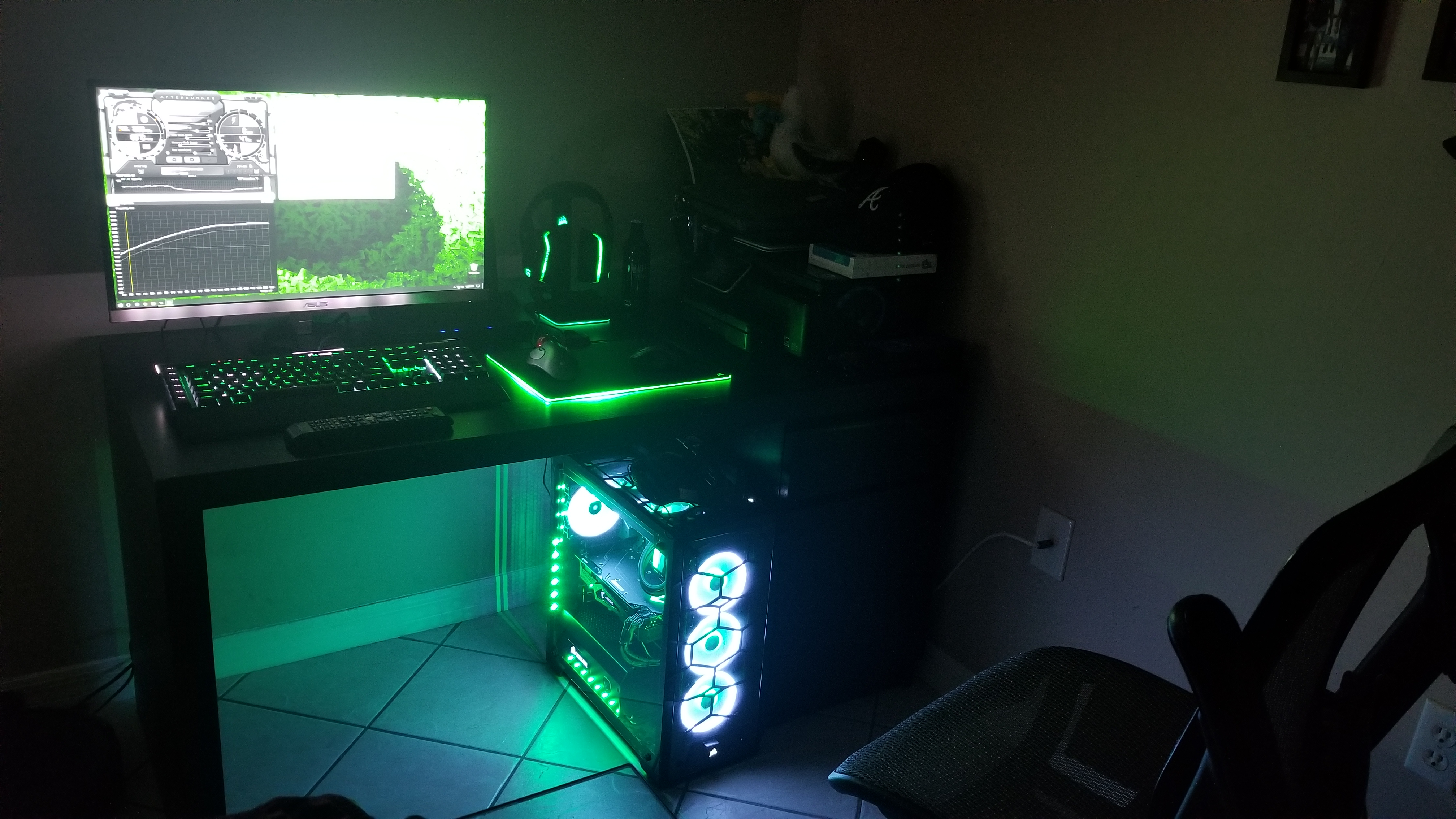